;
Home » History of Leather Tanning: How It All Started 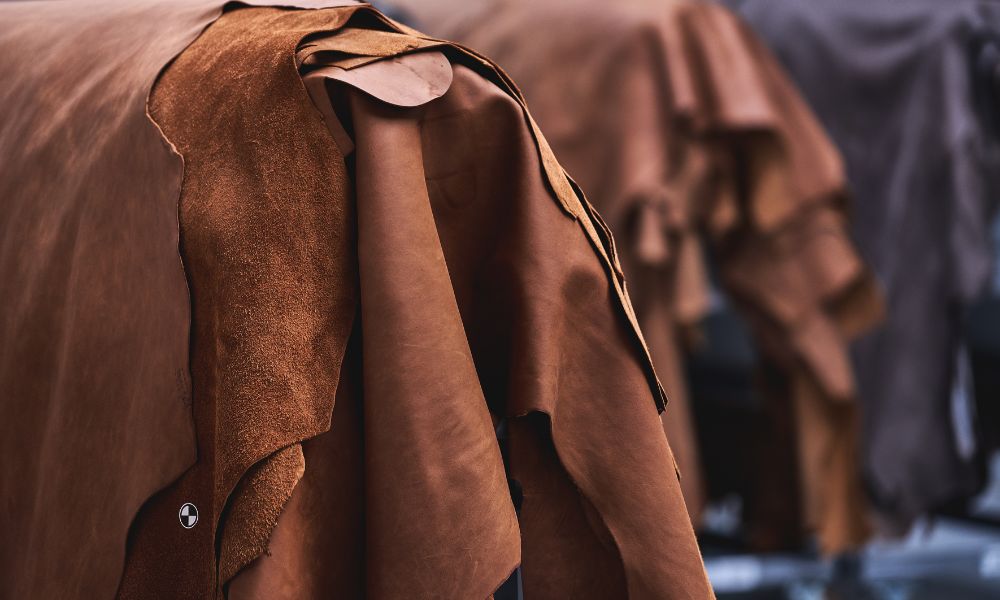 Since the dawn of human civilization, leather has been an essential tool for nearly every facet of life. From tools to clothes to even machinery, it’s no exaggeration to say humanity wouldn’t be where it is today without the invention of tanned leather. Even in the modern era, leather is still a highly important and common material. Let’s look at the history of leather tanning and how it all started to understand how tanning came into practice and how leather suppliers have evolved the technique since.

Discovery of Leather and Tanning

It’s believed that the first instance of humanity using leather materials dates back 40,000 years ago. During the Paleolithic period, our ancestors used a form of wraparound footwear made from softened animal skins or rawhide, creating perhaps one of the first shoes. This simple invention had profoundly given humanity a leg up on the food chain, as these early shoes allowed humanity to travel longer distances simply because leather made it more comfortable and easier to do so. This marked the beginning of leatherworking and the various creations leather would become an integral part of.

When formerly nomadic human tribes began setting down their roots, the practice of agriculture and animal husbandry allowed for an easy and steady supply of leather. With a surplus of leather on their hands, early humans began to innovate and figure out how they could make leather hides more durable and less susceptible to decomposition. As humanity experimented and eventually discovered ways to improve upon and preserve leather materials, the very first concepts of tanning were invented. As tanning became more common and certain techniques became common practice, tanneries would eventually crop up in ancient civilizations like Sumer around 6,000-12,000 years ago.

Without the luxury of modern machinery, ancient tanning techniques were difficult and time-consuming. Preparing the leather alone was an arduous task that could take several weeks to complete.

Animal hides were first cleaned and softened by soaking in water before being pounded to remove excess fat and flesh. After that, the next step was to loosen the hair follicles on the leather in order to strip it. To loosen hair, hides would either be covered in an alkaline lime mixture that was left to putrefy over the course of several months; alternatively, it would be soaked in vats of urine, after which the hair was removed with a dull knife. The latter was a process called scudding.

Next was the bating stage. If you thought the urine was as bad as it gets, think again. Tanners would work animal dung or brains into the leather by either beating them with sticks or kneading them in another vat of feces and water. This was all done because the combination of bacteria enzymes found within animal feces, combined with the kneading or beating, would ferment the animal hide and make it much more supple. Appropriately, you would never find tanneries near the center of towns.

Finally, the leather is ready for tanning. From the beginning of tanning practices to the 18th century, tanners used a chemical compound called “tannin”—hence the job title of “tanner”—that was derived from tree bark and certain plant leaves. The hides were then stretched out on frames and once again immersed in vats, though this time with tannin and not fecal matter. The tannins bind to the collagen proteins in the hide, coating the entire hide. This makes the leather more flexible and bacteria-resistant, and less water-soluble. From here, the tanned leather would be ready for use in clothes, tools, saddles, and nearly all other facets of civilization.

Knowing how it all started, the history of leather tanning now moves into the Middle Ages. Medieval societies used leatherworking to produce new products like turnshoes and welt shoes. Leather was also used in other amenities and equipment, such as sheathes, satchels, and bridles.

A more prominent development was new types of leather classifications like suede or nubuck, further pushing the boundaries of what leather was capable of. At this time, leather wasn’t merely functional anymore, and many leather products were embossed with intricate, abstract patterns and imagery.

The industrial revolution would see massive innovations in leather tanning. With advanced technology and chemistry, the tanning process would become much more efficient and diverse. It helped develop a new technique called chromium tanning, which remains a standard practice to this day. Patent leather was also invented at this time, which is notable for its glossy and varnished surface.

Chromium tanning was developed in the 1850s and would be a replacement for the previously standard practice of vegetable tanning. As a much more efficient tanning process, it was easier to tan greater amounts of leather in a much shorter timeframe.

As mentioned, chromium tanning is still the dominant practice even today in the modern era. After World War II, synthetic leather was developed as a cost-effective and ethical alternative to genuine leather and capable of keeping up with demand. Vegetable tanning is still practiced today, albeit with some improvements that make it more hygienic and efficient.

However, that doesn’t mean the leather tanning industry has stopped innovating. Many leather manufacturers are looking to further improve leather tanning practices to be as friendly to our environment as possible by reducing or diverting waste. While chromium tanning remains the best practice, we can expect to see improvements and upgrades that make the tanning process more efficient. These improvements include greater elasticity or magnetic adhesion for leather tiles.

To learn more about modern leather products and modern leather tanning processes, you’re more than welcome to come to visit Montana Leather Company on our website. We’ll be happy to help aspiring leather workers understand the rich history of tanning and assist them in finding the best leather materials for them. Rest assured, however, that you won’t have to worry about urine or fecal matter anymore—those days are, mercifully, long behind us. Come find out just how high quality and varied modern tanned leather can be!